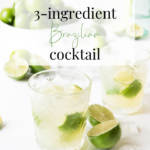 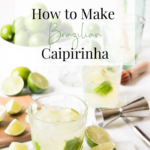 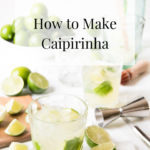 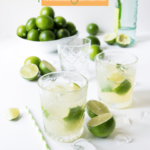 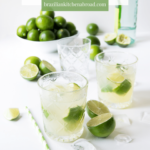 The classic caipirinha is the mother of all Brazilian cocktails. This refreshing 3-ingredient drink, is the perfect treat for spending a great summer afternoon with your amigos and familia. It’s a delicious cocktail that pairs wonderfully with a churrasco, and all things grilled. Your summer bbq festas will never be the same! – recipe makes 2 servings.

About this Brazilian cocktail

We Brazilians know what a caipirinha is, well before we’re even legally allowed to drink one. They’re very much part of our social life, and a part of our culture. Not only are they in restaurants and bars all over the country, I think it’s fair to say that every Brazilian knows how to make a caipirinha, or at least knows what’s in it.

In my family, Caipirinhas are something we primarily drink at home, during our weekend churrasco parties or a Sunday Feijoada. I first learned how to make caipirinha from my brothers, but then my sister-in-law Simone taught me her secret to make it wayyyyy BETTER! Now, her caipirinha recipe is one of our family jewels, and we’re sharing it with you!

What’s special about our family recipe is that we add lots of fruit! While most recipes tell you to just muddle limes with sugar, my sister-in-law taught me that to take a classic caipirinha from good to GREAT, we need to add an extra splash of lime juice.

This little family secret makes all the difference without changing the true identity of this classic drink. I hope you love it as much as my family does!

Cheers, or as we say in Portuguese, saúde!

Caipirinha, pronouced kai-pee-reen-ya, is Brazil’s national cocktail! It’s made with limes, sugar, ice and cachaça, a Brazilian distilled liquor made from the fermentation of raw sugarcane juice.

Now, story time!! Some time around 1918, the Portuguese were mixing strong liquor with garlic, lemon and honey as a home remedy to treat colds. Same thing was being done in Brazil, where the liquor of choice was the cachaça. At some point, the honey was replaced with sugar because of the abundance of sugarcane plantations, and the garlic just stopped being added. The drink became so popular that people started to drink it at parties for fun, rather than just to treat sickness. And just like that, meus amigos, the classic caipirinha was born!

Legend also says that the adaptation from “remedy” to cocktail took place in the rural area of the state of São Paulo, where people are known as caipira, inspiring the name of the drink. The name caipirinha, which basically means hillbilly, is the word caipira in the diminutive form.

Nowadays, there are a number of deliciously different flavors of caipirinha, some mixing fruits as well as herbs and spices. But the classic caipirinha is made with nothing more than:

This is a super simple grown up treat that’s easy to learn and master. Check out the step by step instructions below!

How to Make Caipirinha

Cachaça is a Brazilian distilled liquor made from the fermentation of raw sugarcane juice.

Where to buy cachaça?

Cachaça is pretty reasonably priced, and here in California is fairly easy to find in liquor stores such as BevMo, and even smaller local ones too. I’ve even seen it in grocery stores like Vons.

There are plenty of online stores who sell them as well – just google where to buy cachaça and google will show you online stores where you can order from and local options as well. Also, when in doubt, your local Brazilian markets will have it for sure!

What is the best cachaça?

In Brazil there are a number of cachaças to choose from varying from artisanal to industrial. Internationally, these are the ones we typically have to choose from, Leblon being one of my personal favorites, and what I used in this recipe.

Ypióca has been in the business of making cachaça since 1843, being one of the oldest, most traditional brands. They were also the first brand to ever bottle the drink in liter bottles in the 1900’s, making them more widely accessible. 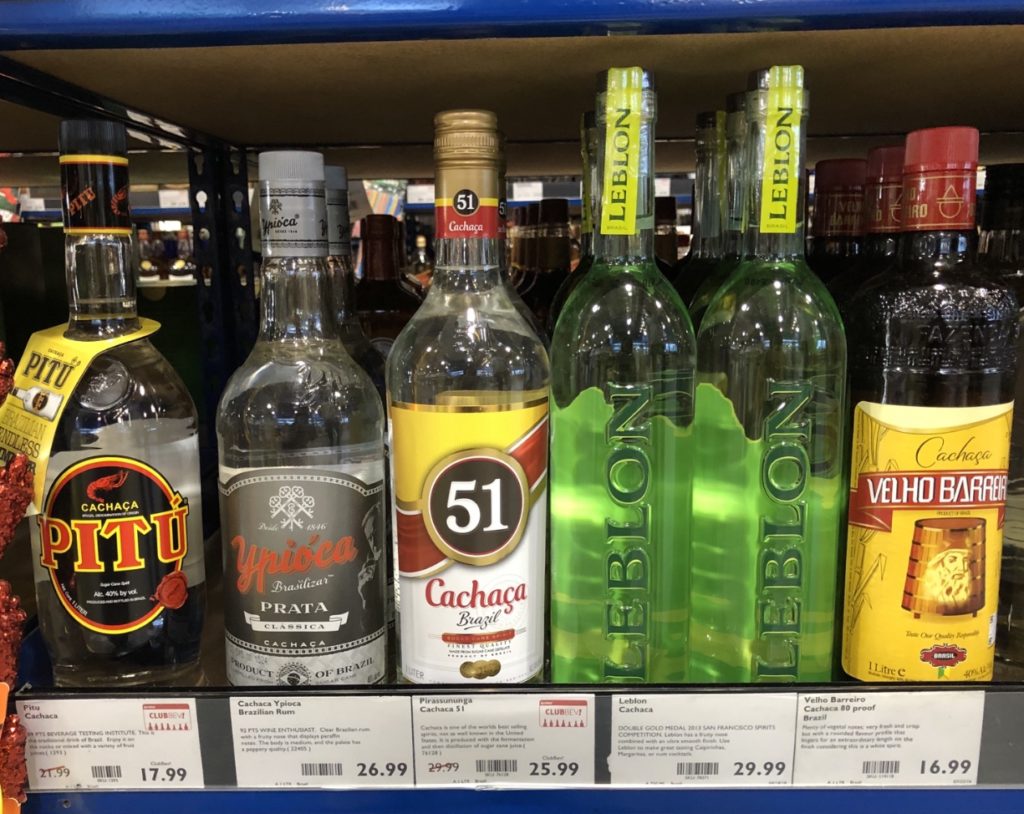 This cocktail goes great with these summer recipes: 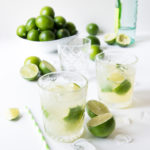 How to Make Caipirinha

The classic caipirinha is the mother of all Brazilian cocktails. This refreshing 3-ingredient drink, is the perfect treat to spend a great summer afternoon with your amigos and familia. It's a delicious cocktail that pairs wonderfully with a churrasco, and all things grilled. Your summer bbq festas will never be the same! - recipe makes 2 servings.
Course: cocktails, Drinks
Cuisine: Brazilian, Latin American
Keywordcachaca, cocktails
Prep Time: 5 minutes
Cook Time: 0 minutes
Total Time: 5 minutes
Servings: 2 servings
Author: aline_shaw